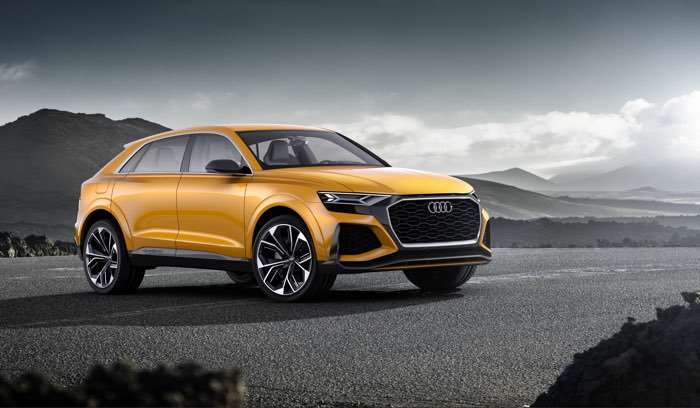 The New Audi Q8 Sport Concept was made official at the Geneva International Motor Show yesterday and now Audi has released a video of the car.

In the video, which you can see below, we get to have a quick look at the design of the new Audi Q8 Sport Concept.

The new Audi Q8 Sport Concept is powered by a  3.0 litre TFSI engine and a new mild hybrid system and an electric powered compressor which gives the car an impressive 476 horsepower.

Audi are expected to put their new Audi Q8 Sport Concept into production some time in 2019, the production car may be different than the concept car when it launches.