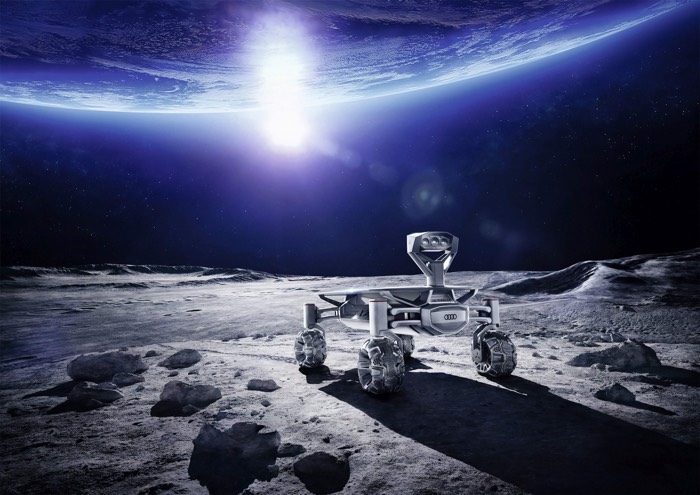 Audi has announced that the development of the Audi Lunar Quattro Rover has been completed and the vehicle is ready for the moon.

The Audi Lunar Quattro Rover has been developed by Audi and a group of German engineers, the project began back in 2015.

“We are proud that we have given the moon rover important aspects of the four rings’ DNA: It is a quattro, has an e-tron battery on board, drives in piloted mode and offers an intelligent mix of materials,” remarked Michael Schöffmann, Head of Audi Transmission Development and Development Coordinator of the Audi lunar quattro. “The collaboration with the Part-Time scientists is also very enriching for us: We are breaking new technological ground with the Audi lunar quattro and can learn much about how automotive components behave in extreme conditions.”

Over the past few months Audi’s experts have been working on the rover’s intelligent all-wheel-drive power distribution, optimizing its high-performance electronics and contributing their piloted driving expertise to the development process. In order to boost stability and increase the contact surface, the engineers and designers enlarged the rover and its wheels. Meanwhile they reduced its weight from 38 to 30 kilograms by adopting an optimum mix of materials and using aluminum 3D printing. Sophisticated tests, for instance in the Audi sun simulation chamber, were also run to simulate the extreme conditions on the Moon and examine the suitability of the rover’s components.

You can find out more details about the Audi Lunar Quattro Rover project over at Audi at the link below.