Audi has unveiled a new electric vehicle concept at the Frankfurt Motor Show, the Audi Aicon. The car is Audi’s vision of future self driving cars. The company also unveiled another autonomous vehicle earlier this week called Elaine.

The Audi Aicon are two concept cars that Audi are using to show off what we may see from the company in the future.

Audi Elaine is an electric-powered SUV coupe that in a few short years will make highly automated driving possible – at times even without a driver on board. The driver parks the Audi in a designated area – the “handover zone” – and exits the vehicle. From there, the car drives automatically and unoccupied into a multistory parking garage offering a variety of services, such as a car wash, a package station, a gas station or a charging post. Thanks to Audi AI, the car does all of this itself.

With the four-door design vision Audi Aicon, the brand with the four rings is presenting a autonomous Audi of the future – with no steering wheel or pedals. As a design concept, the four-door 2+2 boldly leaps ahead to show the exterior and interior design of the next decades. The technology demonstrator combines innovations relating to the drivetrain, suspension, digitalization and sustainability in a visionary manner. The Aicon, too, is designed for purely electric operation and should be able to cover distances of more than 800 kilometers (497.1 mi) on a single charge. 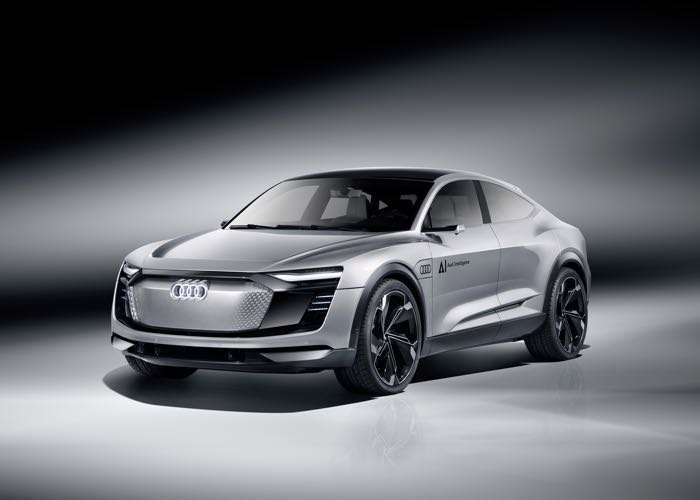 You can find out more details about Audi’s latest concept cars over at the company’s website at the link below.