AT&T has officially announced the date that it will bring multimedia messaging (MMS) to its iPhone customers as the 25th of September, which is great news for iPhone owners on AT&T who have been waiting for this feature to appear.

IT has been available in other countries since the iPhone 3.0 OS update, and AT&T have taken their time to roll it out to their customers. 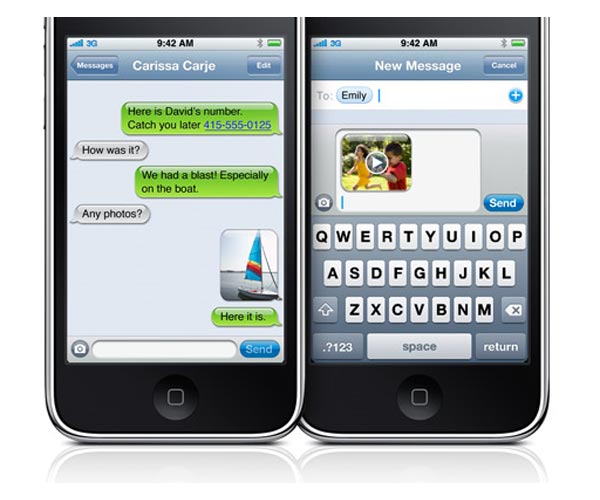 Earlier they had stated that it would be available in late summer, here is what they had to say about it.

“The unique capabilities and high usage of the iPhone’s multimedia capabilities required us to work on our network MMS architecture to carry the expected record volumes of MMS traffic and ensure an excellent experience from Day One.”

The iPhone has certainly put a strain on their network, I suspect they weren’t expecting such a huge response to the iPhone when they signed their deal with Apple two years ago.

“Wireless use on our network has grown an average of 350 percent year-over-year for the past two years, and is projected to continue at a rapid pace in 2009 and beyond. The volume of smartphone data traffic the AT&T network is handling is unmatched in the wireless industry”

AT&T iPhone users will get the MMS feature with a software upgrade, unfortunately this upgrade wont bring tethering to the iPhone for AT&T customers, something else which has been available in other markets since the iPhone 3.0 OS update.