Asus has launched another all in one PC, the Asus Transformer AiO P1801, although it is not just a PC it can also be transformed into a 18 inch Android tablet, and the device runs both Windows 8 and Android.

It comes with a dock which powers the Windows 8 PC part of the Asus Transformer AiO P1801, which features a choice of Intel Core i3, i5 and i7 processors, 4GB of RAM and up to 1TB of storage, it also comes with an 18.4 inch full HD display with a resolution of 1920 x 1080 pixels. 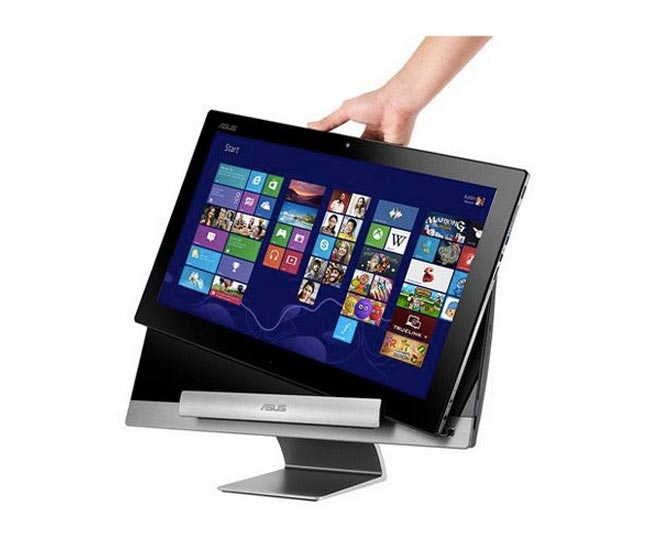 When the Asus Transformer AiO P1801 is removed from the dock, it is transformed into an Android tablet with 2GB of RAM, Android 4.1 Jelly Bean, and a NVIDIA Tegra 3 processor, have a look at the video below.

The Asus Transformer AiO P1801 will launch in the US in the second quarter and prices will start at $1299.