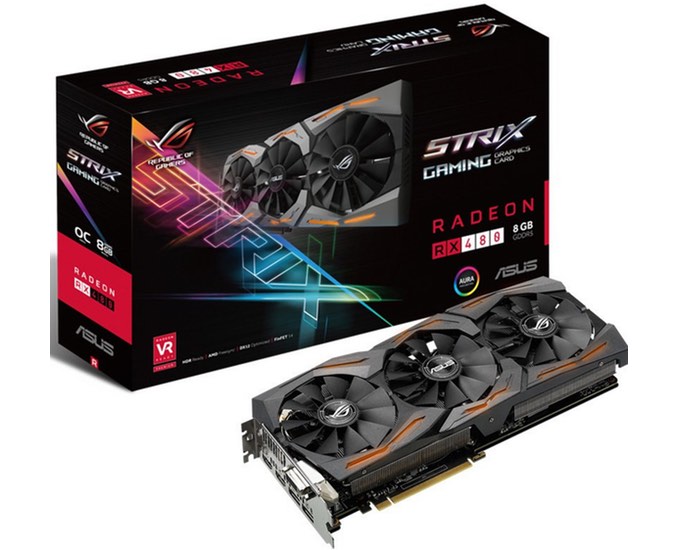 Asus have today unveiled a new addition to their range of graphics cards with the launch of the Radeon RX 480 STRIX Graphics Card which is clocked at 1330MHz in OC mode.

ROG Strix RX 480 includes ASUS Aura RGB Lighting on both the shroud and the backplate. This stunning illumination technology is capable of displaying millions of colors and six different effects for a totally personalized gaming system. ROG Strix RX 480 also has a VR-friendly design with two HDMI ports that let gamers connect a VR device and display at the same time, so they can enjoy immersive virtual reality experiences anytime without having to swap cables.