Asus has announced the Asus MeMo Pad HD 7 tablet at Computex, the device will launch with a choice of either 8GB or built in storage or 16GB of built in storage, and prices will start at $129 for the 8GB model and $149 for the 16GB model.

The Asus MeMo Pad HD 7 features a 7 inch HD display with a resolution of 1280 x 800 pixels, and it features a quad core processor, Asus have yet to specify the clock speed of the processor, it also comes with 1GB of RAM. 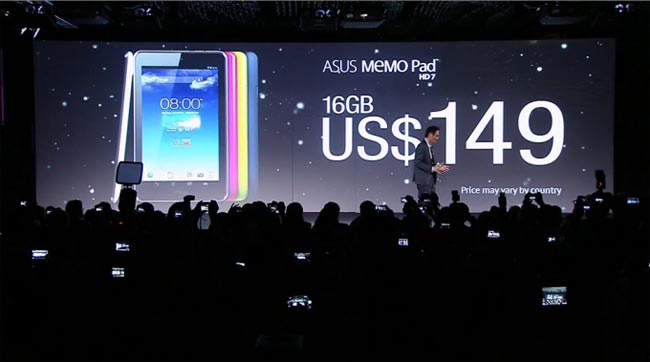