Asus has announced the launch of its latest video card in partnership with Nvidia called the GeForce GTX Titan. This is the highest performance video card ever offered from Nvidia and it carries a gigantic price tag to match its performance. Asus will be selling the video card for $999. 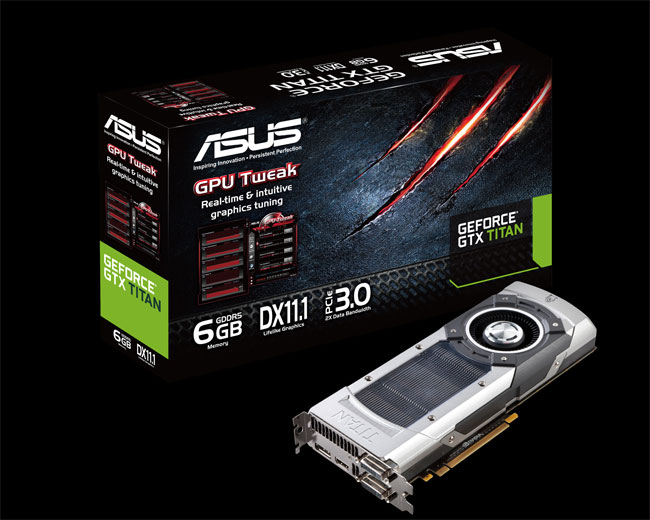 The video card has 2688 CUDA corners and fits into the PCI Express 3.0 bus. The card is equipped with 6 GB of GDDR5 video memory clocked at 6000 MHz. The GPU is clocked at 876 MHz using Nvidia GPU Boost 2.0 technology.

The base clock for the GPU is 837 MHz and the video card has a 384-bit memory interface. The card ships with multiple outputs including DVI-D, HDMI, and DisplayPort. The video card measures 10.5 x 4.38 x 1.5-inches.