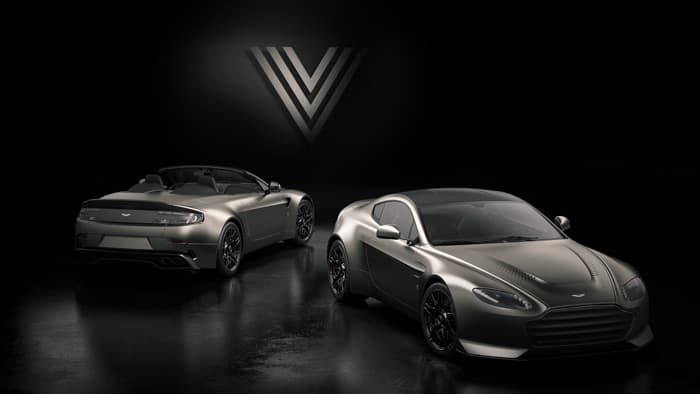 Aston Martin has announced that their V12 Vantage will be returning in 2022, the company has not revealed any more information about the car.

Aston Martin discontinued the car back in 2018 and not they are bringing it back, this will be the final edition version of the car, more details are below.

“You’ve heard about it. You will certainly hear it coming. V12 Vantage. It’s not just a Limited Edition, it’s a Final Edition. Returning in 2022.” As well as the short statement about the car, they also released a teaser video where we can hear the car’s engine.

The new V12 Vantage carries the unmistakable Aston Martin roar. It celebrates its legacy as the last member to join the bloodline through an exquisite display of power and sound.

V12 Vantage, the final descendent of its lineage, marks the end of an era. Crafted with unapologetic power and luxury, it overtakes the senses through its unmistakable and deafening V12 Aston Martin roar.

We are looking forward to hearing more dteaiuls abut the car, it is expected to be powered by the 5.2 litre twin-turbo V12 that powered the DBS and the DB11. The DBS comes with 715 horsepower and the DB11 comes with 621.