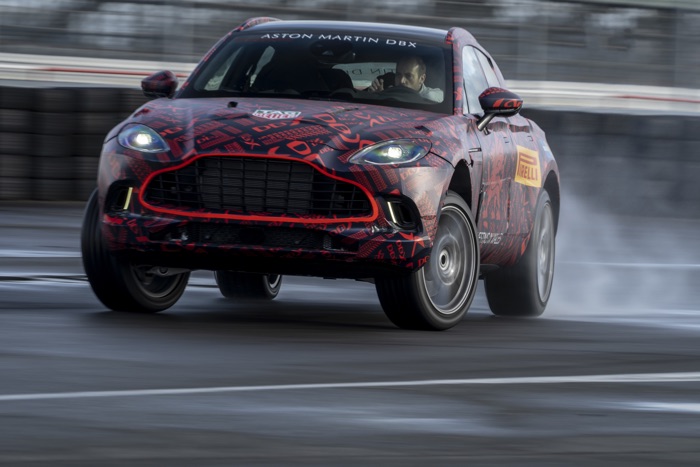 Aston Martin has reveled that their new DBX SUV will be powered by a 4.0 litre twin turbo engine that produces 550 PS which is 542 horsepower.

This new SUV will be made official in December and it will also come with 700Nm of torqure, exact performance figures have not been revealed as yet.

DBX will feature a 4.0-litre twin-turbo V8, tuned to deliver the exhilaration of a modern GT. While recognisable from its application in the brand’s existing Vantage and DB11 sportscars, DBX’s V8 engine surpasses the performance credentials of these V8-powered models delivering 550PS and 700Nm of torque.