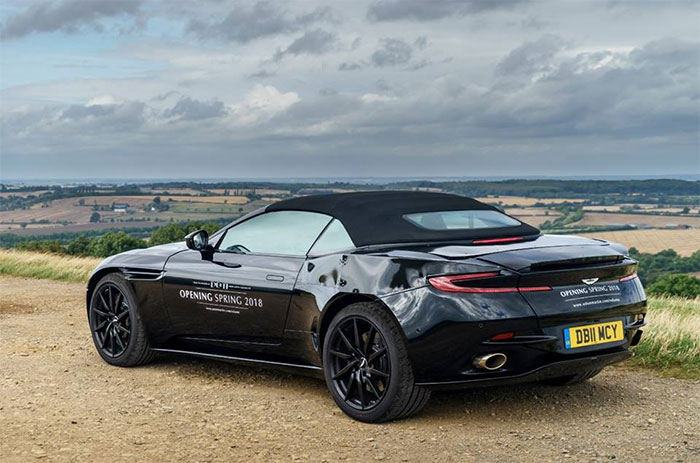 Aston Martin has taken to Facebook to tease a new convertible that we can’t have just yet. The new car is the DB11 Volante and it’s a nice looking British roadster. We have no idea of that sort of power or performance the car will have. Aston has offered no real details on the car other than some stickers on it that read “From the Creators of DB11 Aston Martin…” and then says “Opening Spring 2018.”

That would indicate that the car would launch in the spring of 2018. The web address listed on those stickers is for people who want more details to sign up. You can list name, address, email, phone number, and your preferred Aston dealer.

When more details are available for the car, they will be forwarded to you. Some have compared the rear of the car to the new Chevy Camaro and you can see the resemblance in the large, creased rear fenders. We can only see the rear and left front quarter view of the car in the photos. Presumably, the front will be similar to that of the DB11.