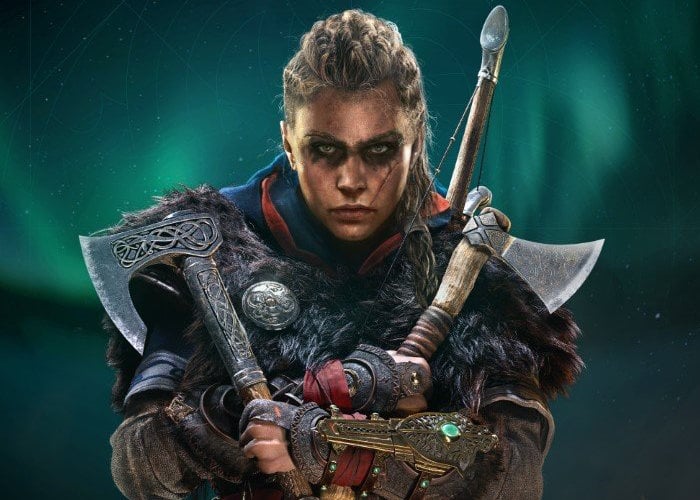 Ubisoft has released a new trailer this week for the upcoming and highly anticipated release of Assassin’s Creed Valhalla, which will be available to play on the Xbox, PlayStation and PC from November 17th 2020 onwards. The new trailer replaces the male version of Eivor, with the female Eivor.

“Become Eivor, a mighty Viking raider and lead your clan from the harsh shores of Norway to a new home amid the lush farmlands of ninth-century England. Explore a beautiful, mysterious open world where you’ll face brutal enemies, raid fortresses, build your clan’s new settlement, and forge alliances to win glory and earn a place in Valhalla. England in the age of the Vikings is a fractured nation of petty lords and warring kingdoms. Beneath the chaos lies a rich and untamed land waiting for a new conqueror. Will it be you?”

“Assassin’s Creed Valhalla Main Theme: Composed by Sarah Schachner and Jesper Kyd (featuring Einar Selvik). Performed, produced, arranged and recorded by Sarah Schachner. Opening track of the new album ‘’The Ravens Saga’’, a seven-track EP of original music taken from the forthcoming official soundtrack to the next installment of the Assassin’s Creed® franchise, Assassin’s Creed Valhalla. “The Ravens Saga” is now available to stream on Spotify and purchase on iTunes. The full original soundtrack is available for pre-save on Spotify and pre-order on iTunes.”