If you are looking forward to playing the newAssassin’s Creed Revelations game. You will be pleased to know that a new storyline trailer has been released for the Assassin’s Creed Revelations game.  Which dives into the world of Ezio Auditore and his life as a master assassin in the war against the Templars,  Watch the new storyline trailer after the jump.Enjoy! 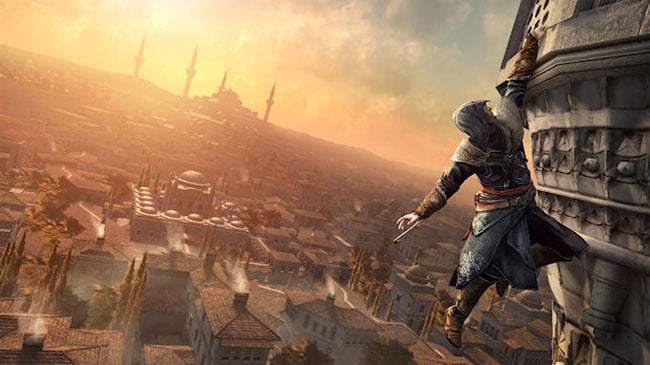 In Assassin’s Creed Revelations, master assassin Ezio walks in the footsteps of the legendary Altaïr on a journey of discovery and revelation. It is a perilous path. One that will take Ezio to Constantinople, the heart of the Ottoman Empire, where a growing army of Templars threatens to destabilise the region.

Assassin’s Creed: Revelations game that will be released on November 15 for PC, PS3 and Xbox 360.