The Assassin’s Creed 4: Black Flag story DLC Freedom Cry poster was spotted by Videogamer in the latest digital issue of Game Informer magazine and reveals that the expansion will be launching on December 17th 2013 on PlayStation 3, PlayStation 4, Xbox 360 and Xbox One consoles. 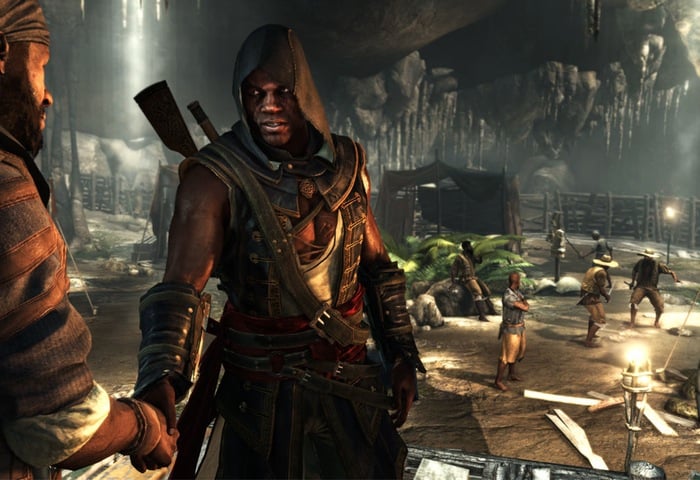 “Born a slave, Adewale found freedom as a pirate aboard Edward Kenway’s ship, the Jackdaw. 15 years later, Adewale has become a trained Assassin who finds himself shipwrecked in Saint-Domingue without weapons or crew. He now has to acquire a ship and gather his own crew to free the slaves and avenge them. Over 3 hours of new single-player gameplay!”

The Assassin’s Creed 4 Black Flag Freedom Cry DLC expansion is set several years after the events of Black Flag and it’s still unknown whether the update will arrive on PC systems.