Apologies if such a shocking title spoiled your lunch. Or dinner, or breakfast, or whatever different time zone you inhabit. In a world of bizarre concepts, a lot of which have been featured here at Geeky Gadgets, the AshPoopie ranks pretty high in the scales of weirdness. It’s basically a doggie doo doo scraper that incinerates the offending feces on the spot. 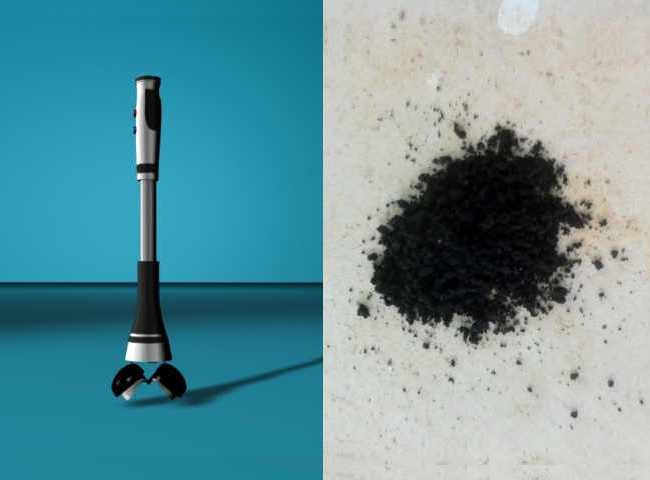 Incinerates? Yup. See the picture above. The black smudge is poop ash.

That’s why it’s called AshPoopie. Like so many designs these days, however, there’s little to go on when it comes to engineering.

The AshPoopie was developed by this Israeli firm called Paulee CleanTech and their intention for a poopie incinerator is to liberate dog owners from a certain nasty business. The nasty business being having to pick up after their beloved canine does its business.

Update: Holy cow! The AshPoopie has moved beyond the drawing board and is now a full-fledged product. Though still not available in a retail outlet near you, it’s already scheduled for an early 2012 outing.