A British geek named Thomas Poulsom has created some very realistic looking sculptures of English birds using only Lego bricks. One of the sculptures even has its own Lego branch complete with Lego leaves. These little constructions are very interesting and I can only imagine that they were difficult to make. 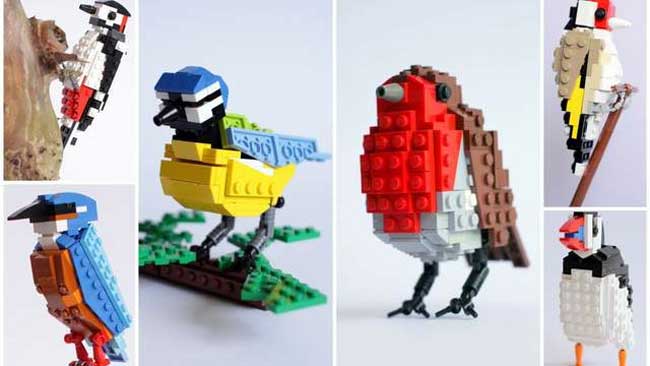 It never ceases to impress me when a Lego builder is able to make rounded corners with mostly blocky square or rectangle bricks. The artist says that he will continue making bird Lego sculptures including some birds from America and Asia. His first series of six birds hail from England.

These birds include the Bobby Robin,Kingsley Kingfisher, Billy Blue Tit, Penelope Puffin, Gloria Goldfinch and Woody Woodpecker. Honestly, those all sound like made up names, but I don’t know enough about birds to say one-way or the other.