Art Lebedev has this week unveiled a few more details about its Optimus Popularis Keyboard, which includes a small screen on each of its keys allowing you to display any characters you would like as shown in the image below.

In the upper portion of the keyboard, between the function and numeral keys, an area is reserved to display a custom range of the most important information. The resolution of each display key is currently 64 x 64 pixels, with a frame rate of 10 frames per second. 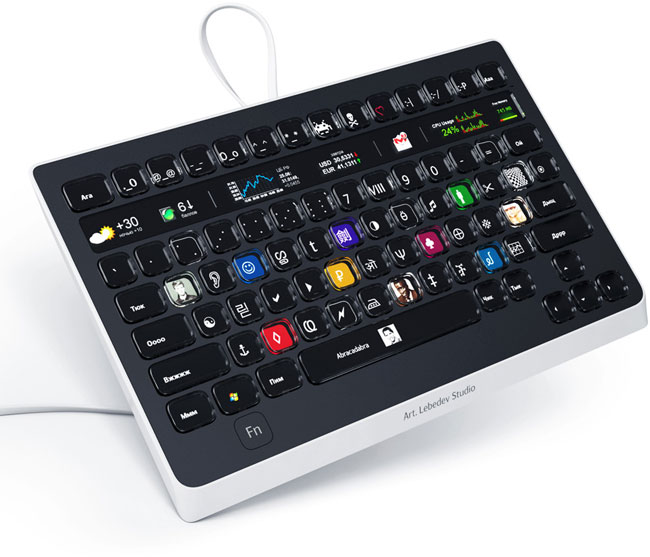 The Fn key, positioned in the bottom left switches the functions, bringing up a set of tools that standard full-size keyboards would normally have on the right of their layouts. 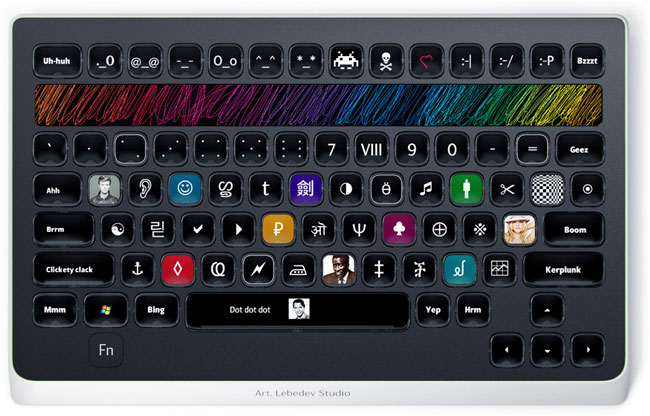 The Russian design studio has also now unveiled a price and started taking pre-orders for their Mini Six peripheral pictured below. 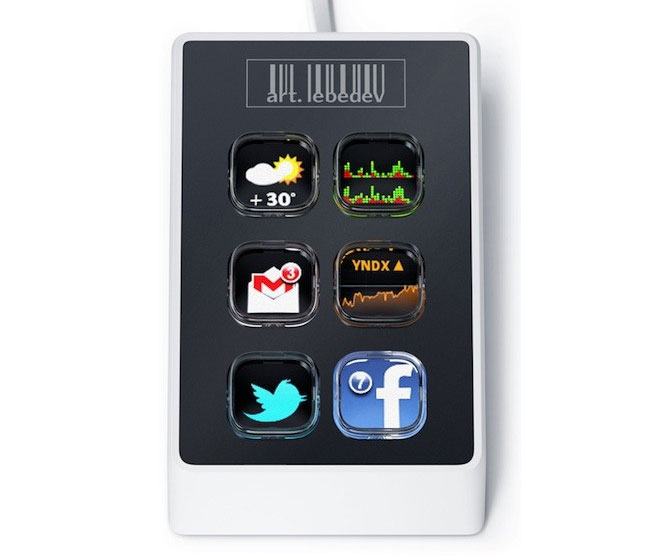 The Art Lebedev Optimus Popularis Keyboard is expected to arrive in June 2012 for around $1086. The smaller Mini Six is now available to pre-order for $376.