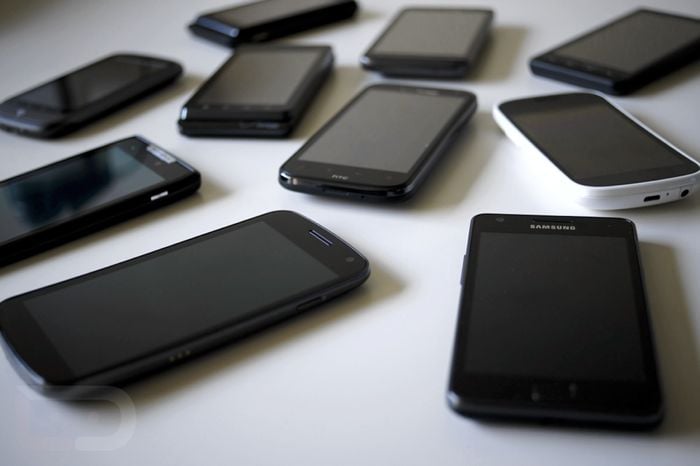 The price of budget smartphones has fallen considerably over the last twelve months, whilst high end devices prices have remained pretty much the same, and it looks like we will see a $20 smartphone this year.

ARM has shared some details on their plans for smartphones, and also how they think the smartphone market will evolve over the next few years.

By 2018 ARM is expecting that shipments of entry level smartphones, devices which cost less than $150 will reach 1 billion a year, this is around twice as many budget devices that are shipped today.

The company also expected the first $20 smartphone to launch this year, and the company expects devices to come with Android and a Cortex A5 based SOC. 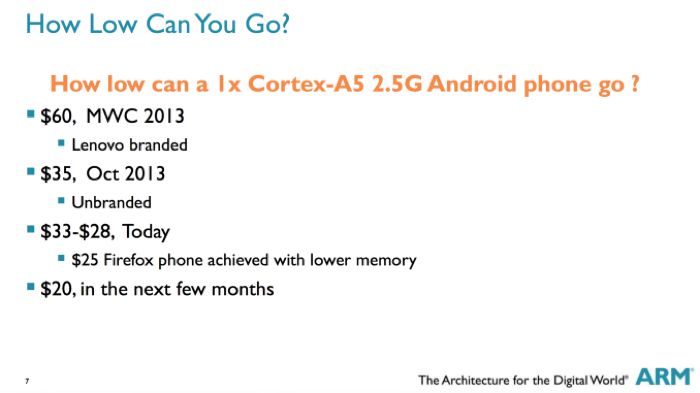 When Apple launched their original iPhone back in 2007, it came with a Cortex ARM11 processor, and the handset retailed for $599 in 2007, the Cortex A5 processor is faster than the one in the original iPhone, and this shows how much prices have come down in the last few years.