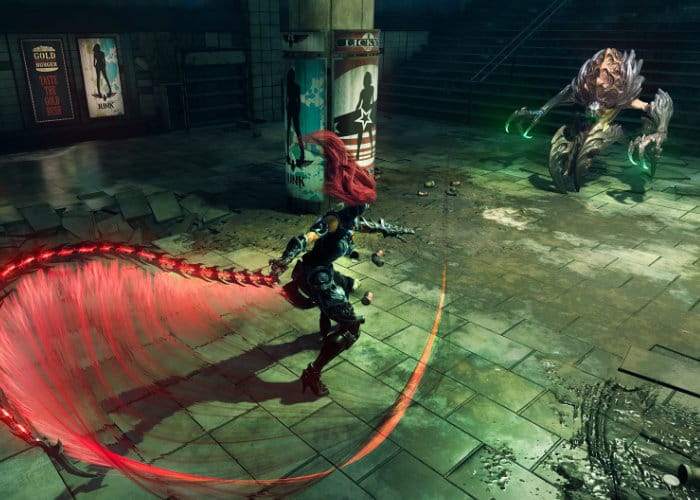 Now the Darksiders 3 official release date has been confirmed by THQ Nordic as November 27th, 2018 after being leaked earlier this week by the Microsoft Store. A new gameplay trailer has been released providing a quick glimpse at what you can expect from the new theme which will be launching on PlayStation 4, Xbox One, and PC later this year.

Those that pre-order digitally from the PlayStation Store or from the Microsoft Store will have a choice between three versions of the game. The Standard Edition priced at $60 or £45 depending on your location, while the Deluxe Edition proved at $72 or £50 includes the bonus armour skin and two paid DLCs that will launch in the future. Finally, the Darksiders 3 Blades & Whip Edition priced at $90 or £59 features the game, the bonus armour, the two pieces of DLC, as well as Darksiders: Warmarstered Edition and Darksiders 2: Deathfinitive Edition.

“Earth is now overrun by the Seven Deadly Sins and the mystical creatures and degenerated beings that serve them. The Charred Council calls upon Fury to battle from the heights of heaven down through the depths of hell in a quest to restore the balance and prove that she is the most powerful of the Horsemen.”