If you have bought the highly anticipated Batman Arkham City game, a new official app has now been released which might be of interest to you, especially if you like to track down those sometimes illusive in-game trophies.

The new official map application for iOS devices has just been uploaded to the Apple iTunes App store and provides a little help when exploring the game map and takes the form of a strategy guide on iOS devices. 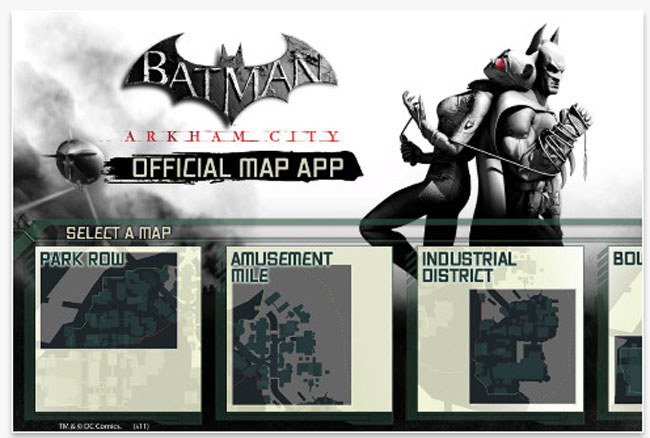 It provides the location of more than 350 collectibles, all broken down by character : either Batman or Catwoman and even includes the locations of Riddler riddles. The Arkham City Official iOS App is now available to download for $2.99 from the Apple iTunes Store.