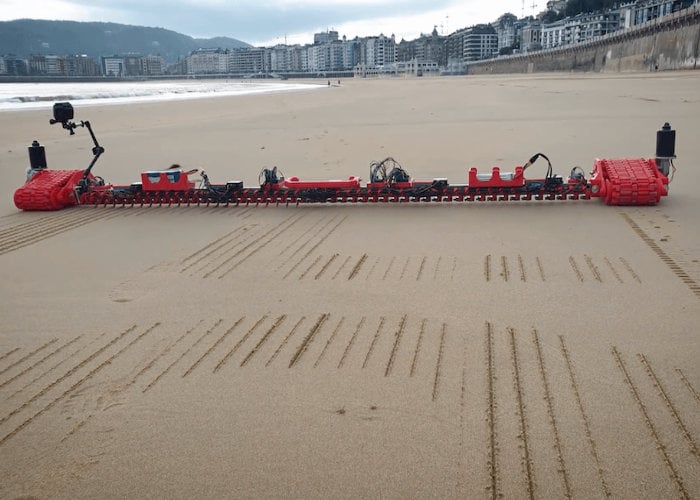 Developer and Arduino enthusiast Ivan Miranda has created a unique Arduino robot, specifically designed drawing messages in sand. The huge Arduino robot moves along the beach on half tracks, leaving a message in the sand as it moves. Watch the demonstration video below to learn more about the Arduino robot equipped with 50 x SG90 micro servos. 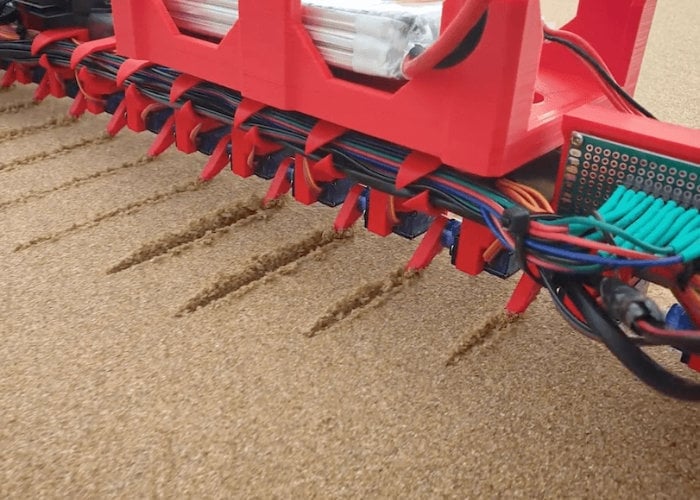 Controlled using three Arduino Mega micro-controller boards the robot creates lines in the sand that combine to form individual letters of the messages. Check out the “beach drawer” build process below.

“I made a sand drawing robot with 50 miniature servos and a two half tanks, I use an Arduino Mega 2560 to read from an sd card a text file with the desired image and send the servo position data to another two Arduino Mega that then send the adequate signals to the servos. 5 DC to DC converters connected to a 6S LiPo battery provide enough power to support the stalling current of all the 50 servos at once. Two half tanks provide enough grip and torque to drag all the servos through the sand. The entire thing weighs around 14 Kg in working order (with the batteries on) so I had to build a tailor made trailer to cary the thing as there’s quite a walking distance to the test field. This new version draws way faster than the previous one but the older one had way more contrast, it is time to think on an MkIII”