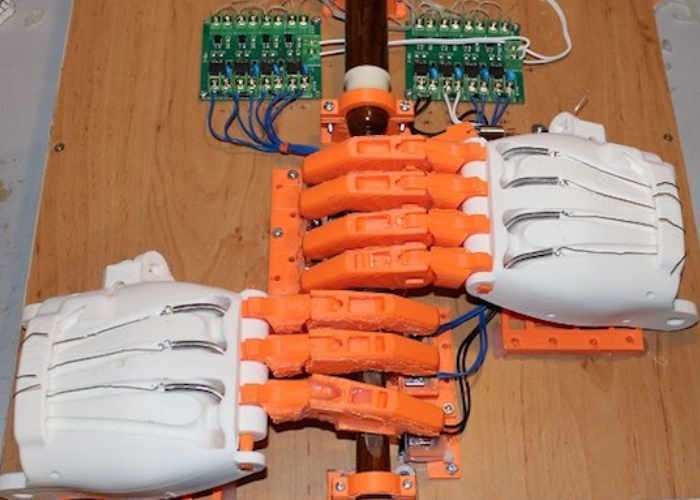 Arduino enthusiasts looking for a little inspiration for their next project may be interested in an Arduino powered robot that is capable of playing the bagpipes thanks to its Arduino Mega 2560 microprocessing unit.

Check out the video below to learn more about the robotic bagpipe player which has been created by Instructables user XenonJohn, who has kindly published all instructions and everything you require to be able to build your very own, if you have access to a 3D printer.

Bagpipe chanter playing robot. A chanter is a low cost device allowing you to learn to play the bagpipes. It resembles the important part of bagpipes, i.e. the part that plays the main tune with a reed and finger holes, you just blow down it for now until I can make a suitable air pump. The brain is an Arduino Mega 2560.

The encoding of the music within the Arduino code is a custom system I have come up with (more later). I particularly wanted it to have “hands” with moving fingers which played the notes and so I have used an off the shelf open source design of 3D printed prosthetic hand called a Raptor-reloaded, from the Enable project for 3D printing prosthetic hands for matched recipients in developing countries: www.enablingthefuture.org

The finger tips are lifted off the holes of a bagpipe chanter with 12V DC solenoids. The solenoids are controlled by the Arduino board via opto-isolated MOSFETS which can be bought on low cost boards fully assembled in groups of four.