Computer accessory maker Arctic has announced a new lower price for its MC001-XBMC HTPC set top box. The box used to be available for $459 and now sells for $229 making it roughly half the price. For your $230, you get a set top box with a dual core Intel Atom D525 processor running at 1.8 GHz. 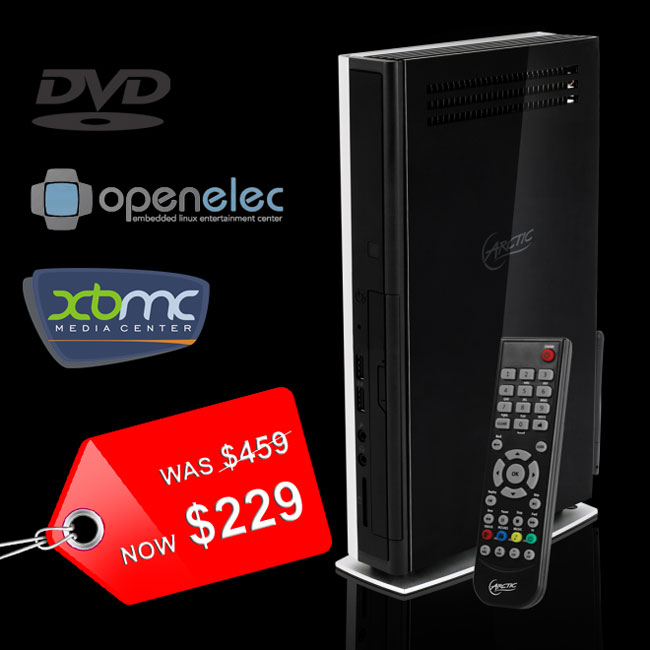 Graphics for the device are handled by an ATI Radeon HD 5430 GPU with 512 MB of RAM. The set top box itself has 2 GB of RAM and a 1 TB 5400 RPM hard drive. The device also features integrated Wi-Fi allowing that hard drive to be used as network storage.