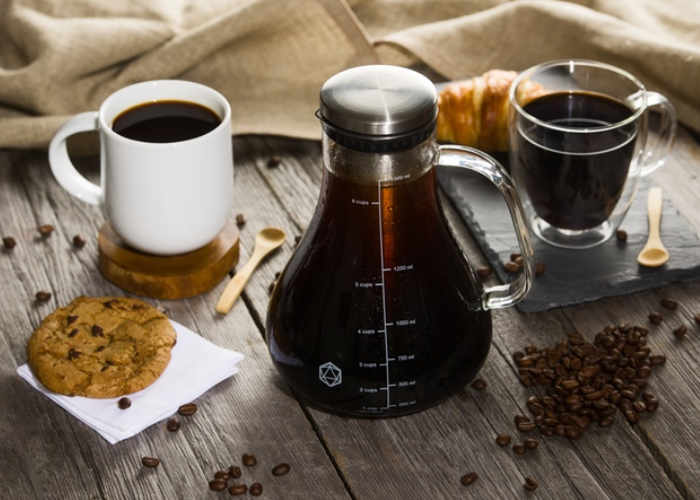 Inspired Lifestyle based in New York, has created a new cold coffee brewing system which it has aptly named Arctic, which allows you to make the perfect cold brew coffee at any time.

Watch the demonstration video below to learn more about this very unique cold coffee brewing system which has taken to Kickstarter this week and has already passed its pledge goal with still 38 days remaining thanks to nearly 400 backers.

The best-kept secret in the coffee world has been brewing for centuries. Cold brew coffee was invented in Japan during the 1600s, recently popularized by upscale coffee shops, and perfected for making at home with the Arctic. If you haven’t tried cold brew yet, you’re missing out. The flavor is delightfully smooth compared to the taste of your usual cup, and it packs more than enough of a caffeinated kick to get you going in the morning.

Skip your morning trip to the coffee shop and save time and money during your morning routine. Everything we’ve learned about cold brew coffee has been put into creating the Arctic. After discovering something so great, we couldn’t help but share it. You don’t need to be a professional barista to make your own cold brew. The Arctic is specifically designed to make brewing easy at home.

So what is cold brew? It’s a way of brewing coffee in cold water rather than the traditional method of using hot water. Cold brew has a longer extraction process which gives it a few advantages over your typical cup of coffee. For one, it tastes a lot smoother. The familiar bite of hot brewed coffee is caused by fatty acids, which are left behind during the cold brewing process. This means it’s not only easier on your taste buds but on your stomach as well. After brewing coffee grounds in cold water for a set amount of time (more on the ideal schedule later) you’re left with a coffee concentrate.

It has more caffeine by volume than regular hot brewed coffee, and can be used as a base for many different drinks: hot, cold, iced, or in a shake! The versatility of cold brew is a true game-changer in how you consume your daily dose of coffee.

For more information on the new Arctic cold coffee brewing system jump over to the Kickstarter website for details and to make pledge from $44 by following the link below.