French tablet maker Archos has unveiled a new product this week in the form of the Archos Arnova GBook, which has been designed to provide users with an eReader styled Android tablet. 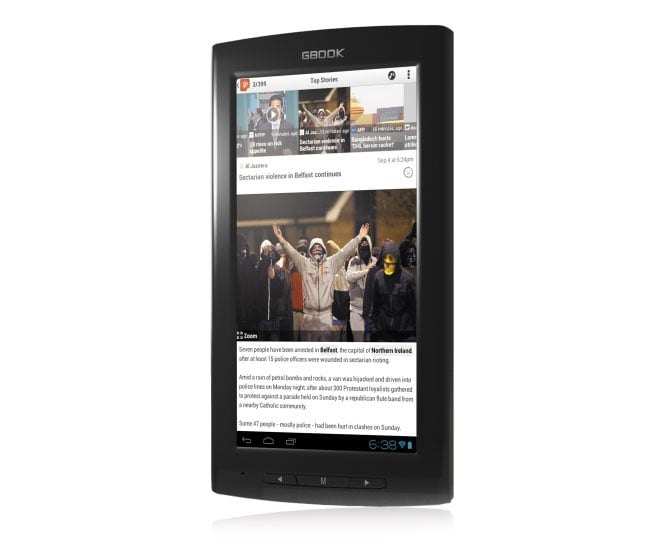 The Archos Arnova GBook Android 4.0 eReader is powered by a 1 GHz ARM Cortex-A8 processor, supported by 1GB of RAM and is fitted with 4GB of internal storage for media, with expansion provided via a microSD card slot.

Even though the GBook tablet runs Google’s Android 4.0 operating system, it doesn’t  have access to the Google Play Store which might cause a problem for some users.

The Arnova GBook’s battery provides up to 7 hours of video playback power and 8 hours of life in the tablets reading mode. No information on pricing or worldwide availability has been released as yet, but as soon as information comes to light we will keep you updated.