Archos has just unveiled a new addition to their line-up and strangely enough it isn’t a tablet or a personal media player, its a multimedia radio.

The new Archos Arnova is no ordinary radio though, as its equipped with a 3.5-inch touchscreen (320×240) display in the centre together with the ability to connect to 12,000 streaming radio stations and 1,500 “web TV” channels too. 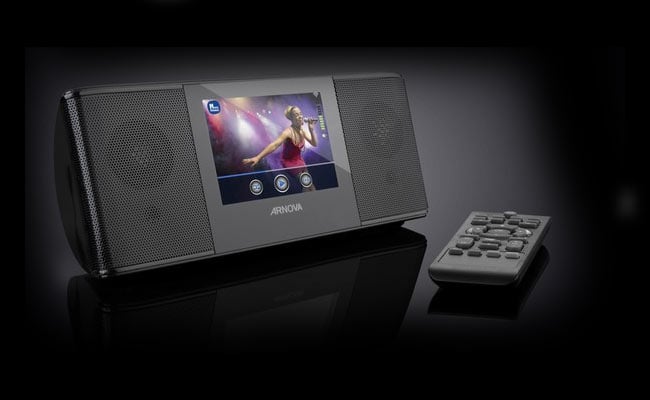 The Archos Arnova Radio is also fitted with 2GB of internal storage which is expandable by using SD cards and supports playback from a range of file types including: MP3, WAV, AAC, FLAC, AVI, MP4 and FLV.

As far as connectivity goes the Archos Arnova Radio is fitted with Wi-Fi 802.11 b/g and even has a built in alarm clock. Unfortunately no information on pricing or worldwide availability has been released as yet.