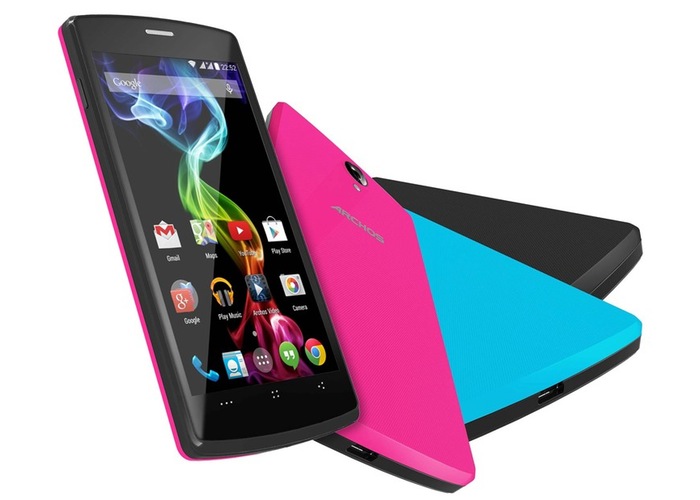 The Archos 50b Platinum smartphone will come supplied running the latest Google Android KitKat operating system and will be equipped with a powerful quad-core processor.

Other features of the new Archos 50b Platinum include support for dual SIMs together with an 8 megapixel primary camera. The new smartphone will be available to purchase from retail outlets both on and offline line from Septmerber for £119 within the UK.

Unfortunately Archos has not released a wealth of specifications for the new smartphone in their press release today however a smaller smartphone in the form of the Archos 45c Platinum will launch around the same time for £99. No information on worldwide availability has been released as yet for either, but as soon as information comes to light we will keep you updated as always.

You can expect more information on all the smartphones and tablets which have been unveiled by Archos today to be featured during next week’s IFA 2014 event which commences on September 5th. As more information on the specifications are released we will keep you in the loop.