It was only last week that the new Archos 32 Internet Tablet burst in to life after a premature product posting on the JR.com website.

The new Archos 32 Internet Tablet has now arrived at the FCC together with the first pictures and user manual in tow. 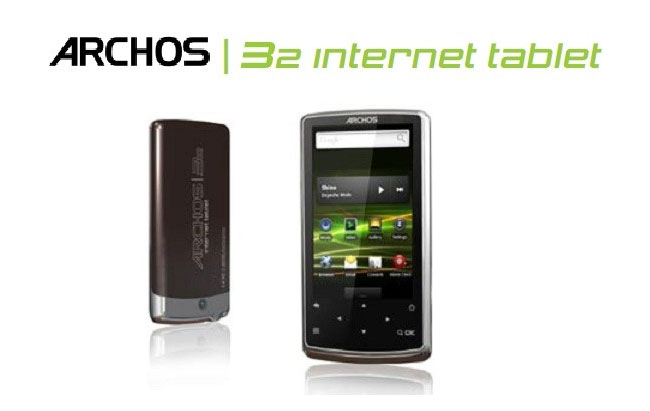 The Archos 32 Internet Tablet is equipped with a 3.2-inch touchscreen, an 800MHz ARM Cortex A8 processor, 8GB of storage, WiFi, microphone, and Android 2.1 for an OS (upgradeable to Android 2.2).

The first images of the device above do show a circle that looks like a camera on the back but there is no mention of any camera device in the Internet tablet’s user manual. Making the circles more likely to be an integrated speaker. Which would be a little disappointing if true.

When the Archos 32 Internet Tablet goes on sale in the coming months it is expected to retail for around $150. Have a look and our article on Android vs iPhone to see which smartphone and mobile platform is best for you.