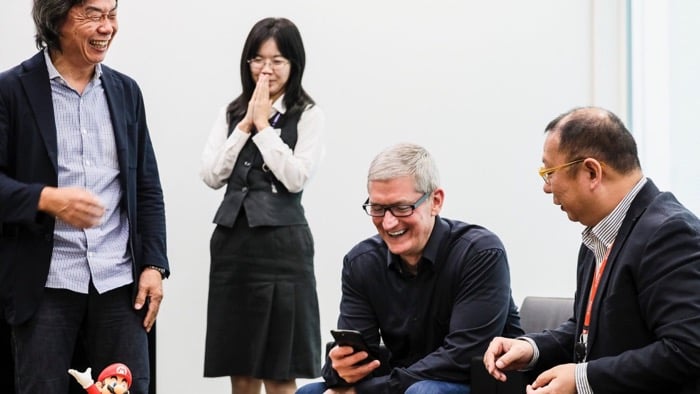 When the iPhone 7 and iPhone 7 Plus were announced last month Nintendo were at the event and announced their first mobile game for the iPhone, Super Mario Run.

Apple CEO Tim Cook is on a business trip in Japan and he posted on twitter that he made a recent visit to Nintendo, you can see the tweet below.

Getting the hang of Super Mario Run, thanks to Miyamoto-san and his awesome team at Nintendo! pic.twitter.com/gSxU4iQbAv

Apple are obviously hoping that Super Mario Run will end up being a popular game for Nintendo, as this would encourage the company to release some of its other games on iOS.

Nintendo and Apple have not given the exact release date of Super Mario Run, all we know is that the game will launch before the end of the year.