Apple and Samsung both have their own voice activated virtual assistants for their smartphones, we have seen videos of Apple’s Siri in action and also video of Samsung’s S-Voice in action.

Now we have a video comparing the iPhone 4S and the Samsung Galaxy S III side by side, and we get to have a look at Apple’s Siri next to Samsung’s S-Voice to see how the two services compare. 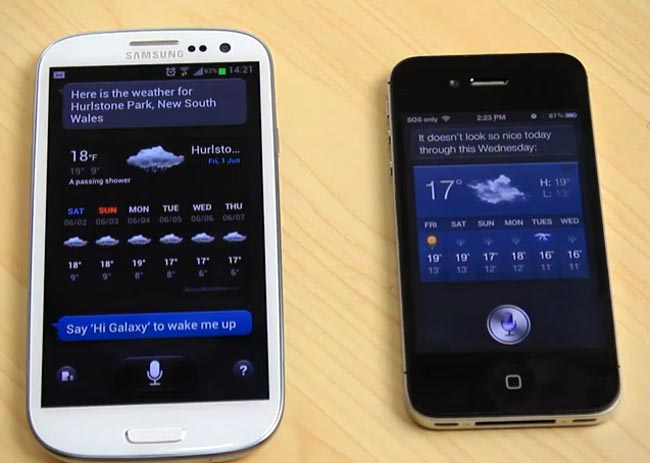 As you can see from the video, both Apple’s Siri and Samsung’s S-Voice look very similar, although Apple will be adding a range of new features to Siri with the launch of iOS 6.