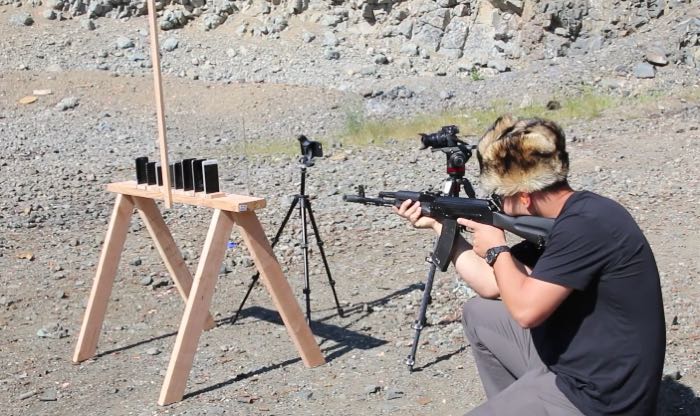 The video below shows eight iPhones lined up, one behind the other, how many handsets do you guys think it will take to stop the bullet, watch the video below to find out.

As we can see from the video it took a total of 5 iPhones to stop the bullet from the AK47 in the first attempt and then 6 iPhones in the second attempt.