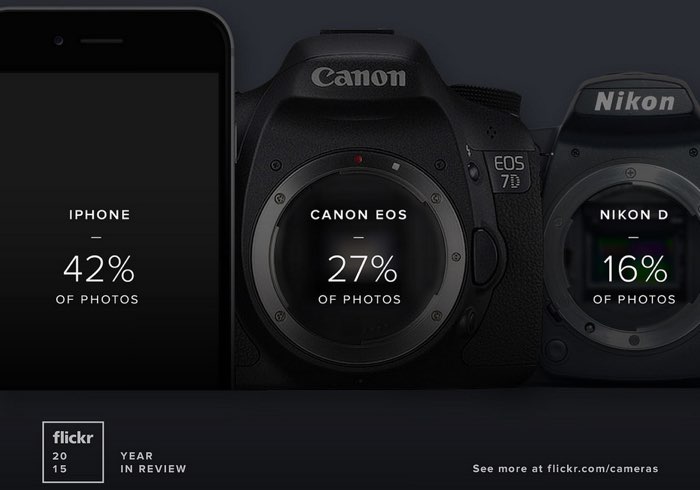 Flickr has released its 2015 year in review and the company has shared details on the most popular devices that have been used to take photos this year.

Fkickr also revealed more details about what types of cameras people have been using to take photos, 39% of all photos submitted were taken on smartphones, 31% were taken on DSLR cameras, 25% on point and shoot cameras and 3% on mirrorless cameras.

Apple’s iPhone 6 was the most popular cameras used, followed by the iPhone 5S and then the iPhone 6 Plus. You can find out more details over at Flickr at the link below.