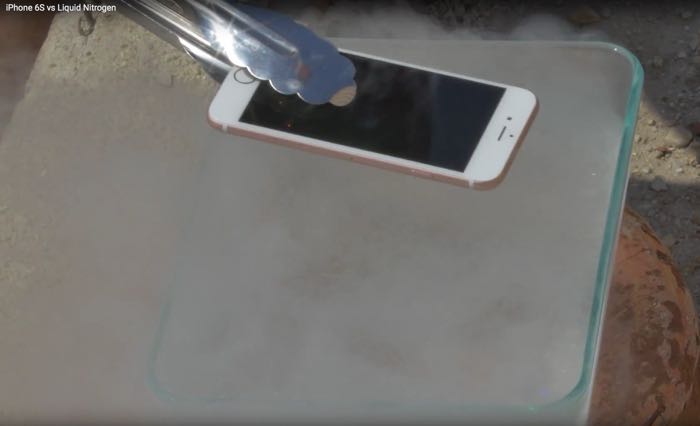 We have already seen a number of videos about the new iPhone 6S, most of them have shown us the new features on Apple’s latest iPhone and we also saw a drop test last week.

Now it would appear the first iPhone 6S torture test video has appeared online and Apple’s new iPhone takes on some liquid nitrogen in the new video.

The video below is from the guys over at FullMag who normallt take a sledge hammer and some liquid nitrogen to Apple’s latest gadgets, they did the same with the iPhone 6 Plus last year.

So there we have it, pouring some liquid nitrogen on your shiny new iPhone 6S and hitting it with a sledge hammer is generally not a good idea.