Apple will release iOS 6 later today, and it will bring a range of new features to your iPhone, iPad and iPod Touch which will include Apple’s new maps with turn by turn navigation, deeper Facebook integration, shared photo streams and much more. 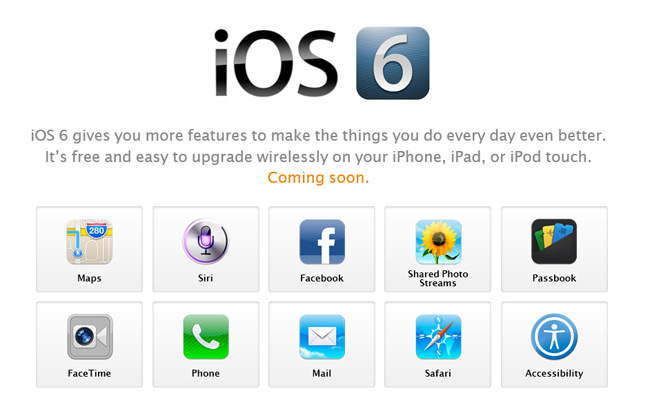 We don’t as yet an any details on what time today Apple will release the new iOS 6 update as soon as we get some more information on when it is going to be available we will let you guys know.