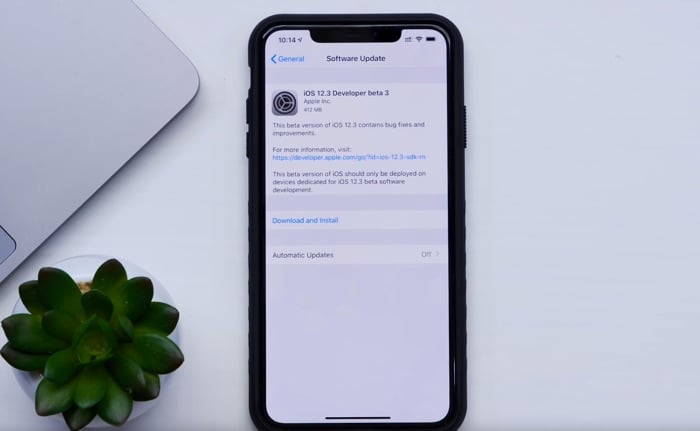 Yesterday we saw a video showing off the new features in iOS 12.3 beta 3, we also saw some speed tests earlier today and now we have another video.

In the new video, which you can see below we get to have a good look at the latest beta of iOS 12.3 and some of the new features in the OS.

Apple will be introducing their new Apple TV app with the release of iOS 12.3, this will bring their new TV subscription services which include the Apple TV+ service and Apple TV Channels to iOS devices.

We are expecting the new iOS 12.3 software to be released some time in early May, as Apple will launch their new Apple TV app in May.