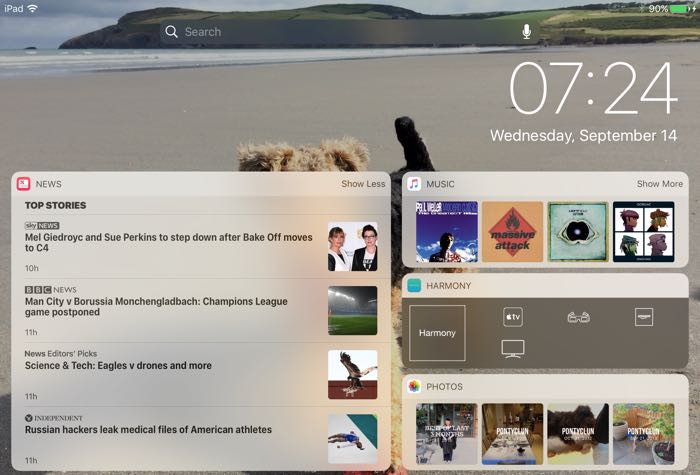 Apple has released iOS 10 for the iPhone, iPad and iPod Touch and the software comes with a massive range of new features and improvements.

Some of the new features in iOS 10 include a new lock screen, there is no longer a slide to unlock feature, the device is now unlocked by pressing the home button.

Apple has also updated a number of their apps, this includes Maps, Photos, Apple Music and more and all of them come with a new look and a wide range of new features.

There are also updates and new features for Apple’s messaging app, this includes a new messaging App Store that lets you buy gifs and more to add to your messages.

You can now also delete Apple’s own apps that you don’t use, like the stocks app and others these can now be removed from your home screen, some of the apps are not actually deleted, they just appear to be but they are there in the background when you want to re-install them.

Apple’s Photos App also gets a massive update, it now comes with a new search feature that makes it easier to find and an automatic ‘Memories’ feature that creates memories from your photos.

You can download the latest version of Apple’s mobile OS, iOS 10 as an over the air update, it should be available as of now.