We pretty much  know apple are working on their own version of a TV set for our living room, this much was revealed in the Steve Jobs biography by Walter Isaacson, as Steve Jobs’s says in the book that he had finally cracked it.

The device, which we really don’t know anything about is rumored to come with Apple’s voice activated virtual assistant, Siri, built in, the service is currently available on Apple’s new iPhone 4S. 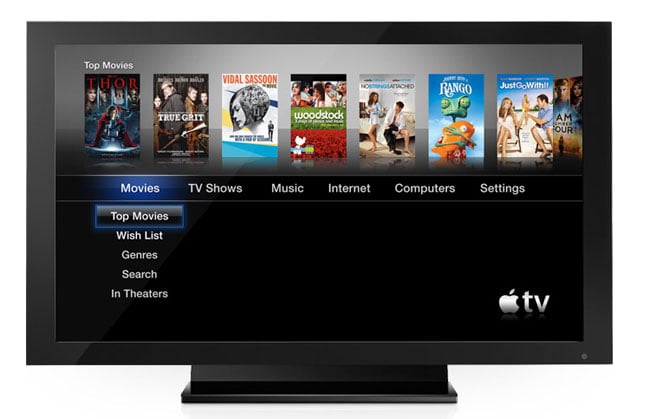 The project is apparently being lead by the creator of iTunes, Jeff Robin who also helped on the creation of the original iPad, and it would appear that we could possibly see the Apple HDTV launch around the middle of next year.

According to a recent report, Apple’s HDTV will use Sharp display panels, and the news of this possible Apple TV seems to have other TV manufacturers slightly worried, with a number of them looking for an alternative in Google’s TV.

We recently heard that both LG and Samsung are expected to unveil Google TV connected devices next year, and we could possibly see the first ones from LG in January at CES 2012.

It will be interesting to see what Apple comes up with for the HDTV, and whether they will be able to totally transform the TV industry as they have done with music, the iPod, the iPhone and the iPad.