According to the advertising firm WPP’s “BrandZ Top 100 Most Valuable Global Brands” report. Apple has now surpassed the search giant Google and taken number one slot for the worlds most valuable brand. Apple’s brand has undergone outstanding growth, growing 859 percent since 2006, with an increase of 84 percent to $153 billion this year alone.

The BrandZ Top 100 Most Valuable Global Brands study, commissioned by WPP and conducted by Millward Brown Optimor, identifies and ranks the world’s most valuable 100 brands by their dollar value, an analysis based on financial data combined with consumer measures of brand equity. 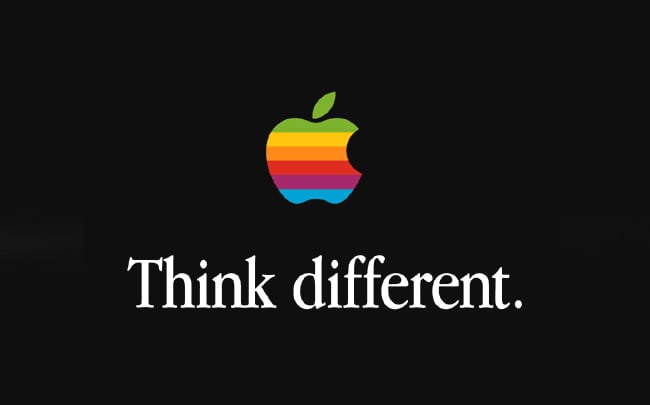 The Apple brand, as calculated by Millward Brown Optimor, a WPP company, has increased in value by 859 percent since 2006 and now stands at $153.3 billion. Other key findings in the study are that during the economic recovery of the last year, the combined value of all the brands in the top 100 has risen by 17 percent and is now worth $2.4 trillion. In terms of geography, according to the 2011 BrandZ study, 19 of the Top 100 brands now originate in “BRICs” markets, versus only two in 2006. 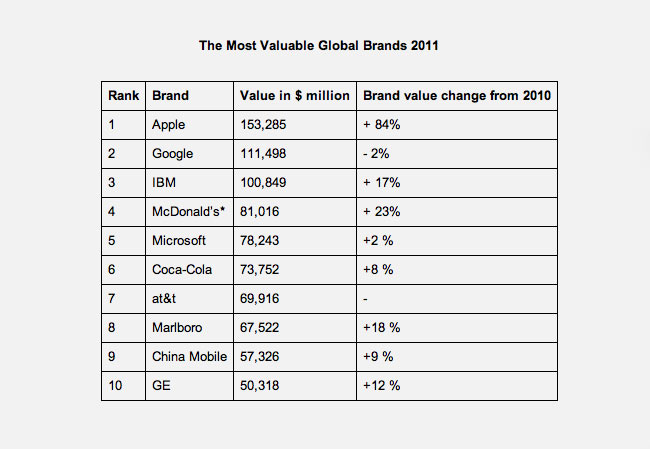