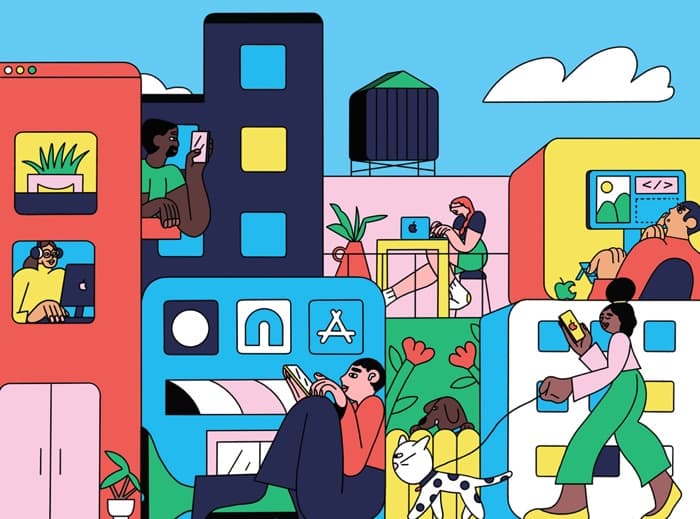 Apple has revealed some details about how many people are working in the UK developing apps for its platform.

Apple’s App Store now supports more than 330,000 jobs in the UK, this is up some 10 percent on the previous year.

Apple also revealed that UK developers generated £3.6 billion in total earnings, this is up 22 percent on the previous year.

Growth in the UK was driven by the innovations and breakthrough success of UK developers, whose apps users relied on for learning, working out, keeping track of their health, or finding ways to stay connected and entertained. During the pandemic, people turned to UK workout apps like One You Couch to 5K, fitness plan app Fiit, and sleep support app Sleepiest Sleep Sounds Stories. UK developer Moshi, a sleep and mindfulness app for children, has seen a rapid growth in downloads and subscriptions over the last year, leading to a 50 percent expansion of its team with 10 new hires.
“In a year like no other, the UK has remained a vibrant and innovative hub for entrepreneurs and app developers,” said Christopher Moser, senior director of the App Store. “More people in the UK than ever before are working as part of the iOS app ecosystem, creating exciting apps enjoyed by people all over the world.”

You can find out more details about the App Store over at Apple’s website at the link below.