Apple launched their App Store back in 2008, and since then there have been a total of 25 billion applications downloaded, and the 25th billionth pp was downloaded near the end of last week.

Apple has yet to announce who downloaded the 25th billionth app, but the person who did will get a $10,000 gift card from Apple, for the iTunes, Mac App Store and iOS App Store. 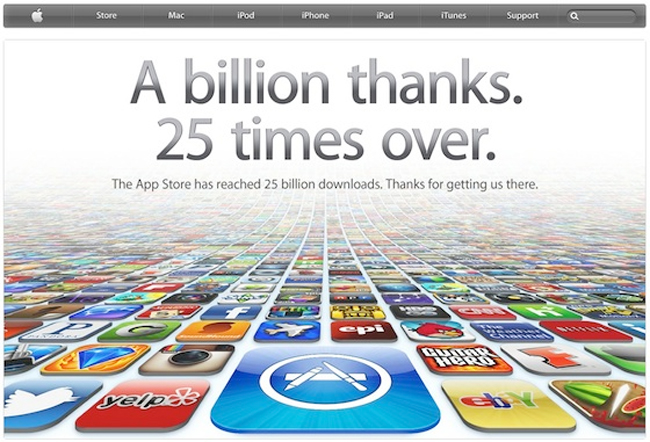 We wonder how long it will take Apple to reach the 50 billion mark, there are currently around 550,000 applications available to download from the app store.