Apple hasn’t released a new version of their Mac Pro for a couple of years, the last version was launched back in 2010, and we recently heard that Apple are expected to launch some new Mac Pros next week at their WWDC which starts next Monday the 11th of January.

According to a recent report Apple’s 2012 Mac Pro will come with Intel’s new Xeon E5 8 Core processor and will apparently feature 1600MHz memory with 8 channels. 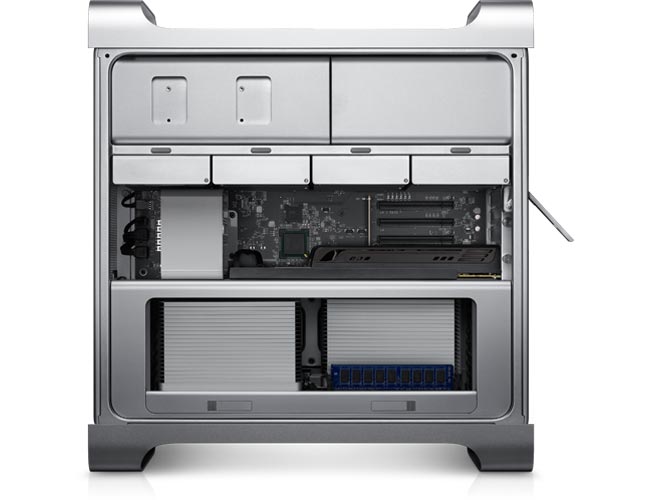 Other rumored specification include USB 3.0 and of course Thunderbolt, plus the new Mac Pro is expect to be able to accept a total of 8 memory chips which would allow for a 25 percent more memory than the existing models.

As well as the new Mac Pro, Apple are also expected to launch a new range of MacBook Pro and MacBook Air laptops, hopefully we should have some more details next week.