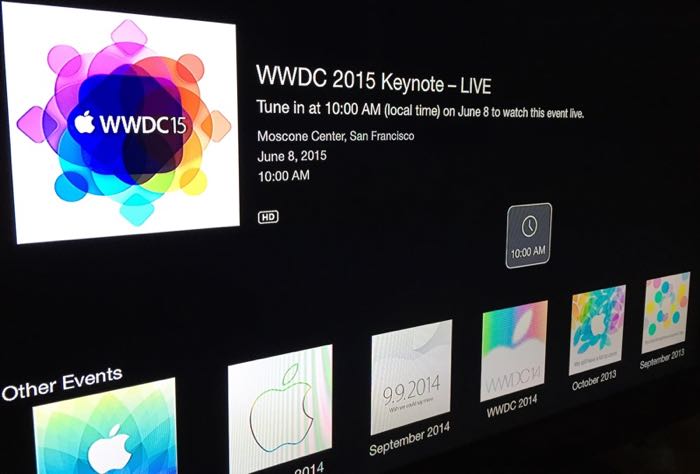 Apple’s Worldwide Developer Conference kicks off next week and the company has announced that it will live stream its WWDC 2015 Keynote.

The WWDC 2015 Keynote will be live streamed next Monday the 8th of June at 10AM Pacific Time and Apple has not added a channel for the event to its Apple TV.

We are expecting a number of announcements from Apple at their WWDC 2015 Keynote, which may include a new Apple TV with will come with apps and games.

Apple Music is also expected to be announced at the event, this will be Apple’s new music streaming service which is said to be based on Beats Music.

As soon as we get some more details on exactly what Apple has planned for their WWDC 2015 event next week, we will let you guys know.