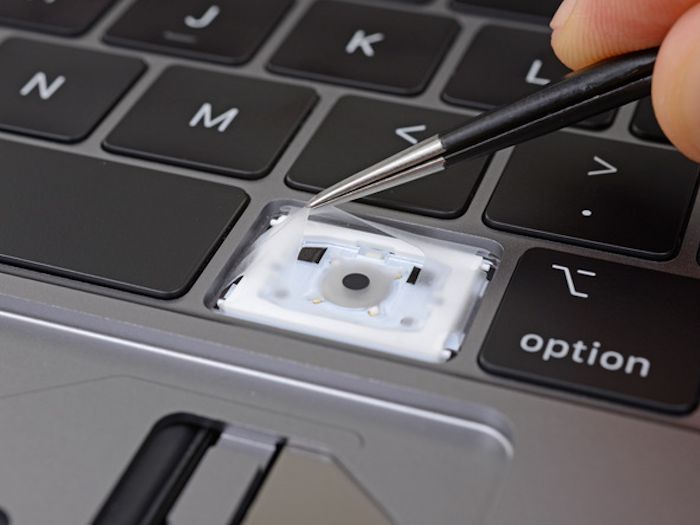 The new Apple MacBook Pro comes with a keyboard which has a new design, according to iFixit, the device features a thin silicone layer under the key. This is apparently designed to stop dust getting under the keys.

Apple launched a repair program for their MacBook Pro last month where they would replace the keyboards on devices that had the problems. It would appear that Apple will not be fixing the issue by replacing a faulty keyboard with their new design.

According to a recent report by MacRumors this new keyboard with the silicone layer under the keys is exclusive to the 2018 MacBook Pro.

This would suggest that if you have had a problem with your keyboard and get it fixed, the problem could possibly happen again. If you have experienced this issue with the keyboard on your MacBook Pro or MacBook you can find out more details about getting it fixed over at Apple.