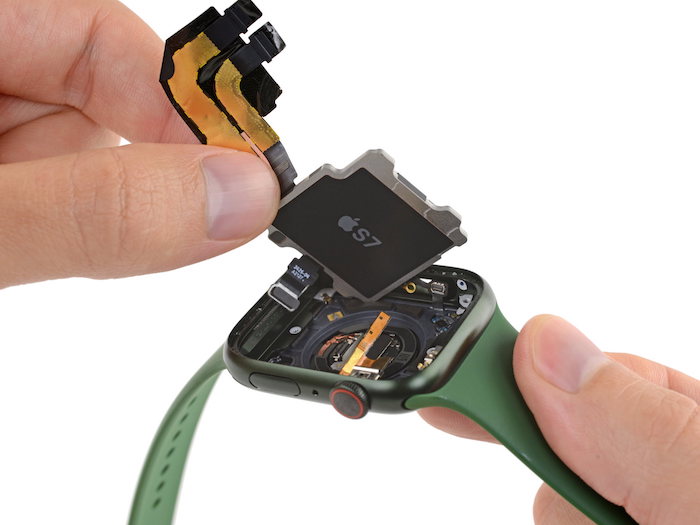 The Apple Watch Series 7 launched recently, the device has a similar design to the Series 6, it gets some upgrades including a larger display.

Whilst the new Apple Watch Series 7 may look very similar on the outside, we do not know changes Apple has made inside the device.

The guys from iFixit have taken the new Apple Watch apart and we get to have a look inside the latest Apple Watch in the video below.

When iFixit takes a device apart, it gives it a repairability score of between 1 and 10, 1 is very difficult to repair and 10 is easy to repair, more details below.

The Apple Watch Series 7 earns a 6 out of 10 on the iFixit repairability scale, for its modular construction and straightforward access to the screen and battery. It’s also nice to see the bands are still swappable and backward-compatible all the way back to the original Series 0. Improvements? We’d suggest a free public service manual, OEM replacement parts at a fair price, and maybe a screen that doesn’t have to be unglued and re-glued during every repair attempt. 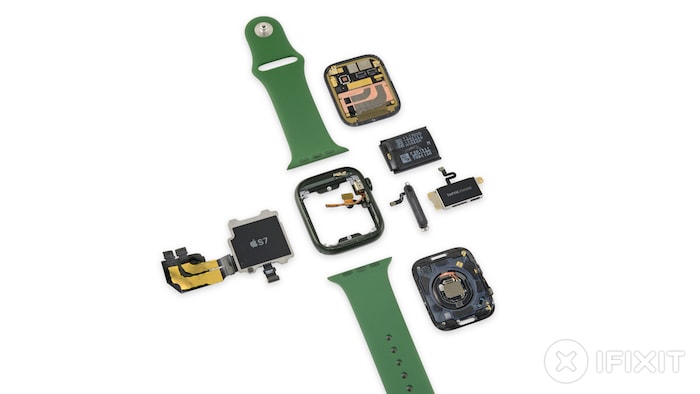 As we can see from the video there are a number of design changes inside the new Apple Watch, the larger display and its new design is probably what caused the delays in the release of the handset.