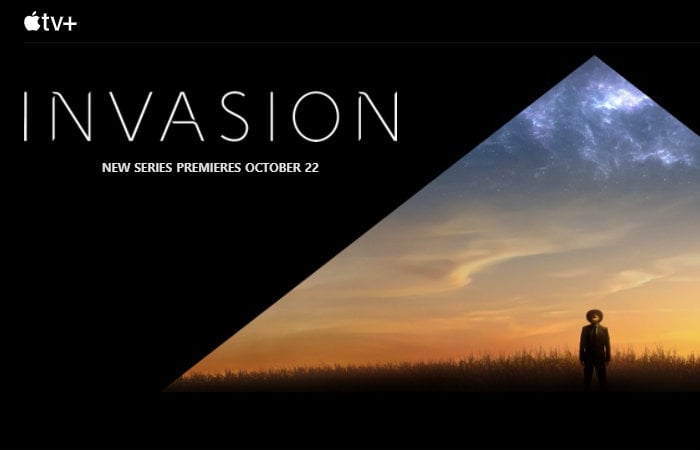 Apple has released a new teaser trailer for its upcoming science-fiction series and Apple TV original, Invasion starring Shamier Anderson, Golshifteh Farahani, Sam Neill, Firas Nassar, and Shioli Kutsuna. ” A sci-fi drama that will make you question what you would do under extraterrestrial threat”.

The new Apple TV original science-fiction series follows multiple storylines across different continents. “Invasion takes a global look at how one alien invasion would affect us all”. Invasion will premiere on the Apple TV+ service on October the 22nd 2021.

“Earth is visited by an alien species that threatens humanity’s existence. Events unfold in real time through the eyes of five ordinary people across the globe as they struggle to make sense of the chaos unraveling around them.”