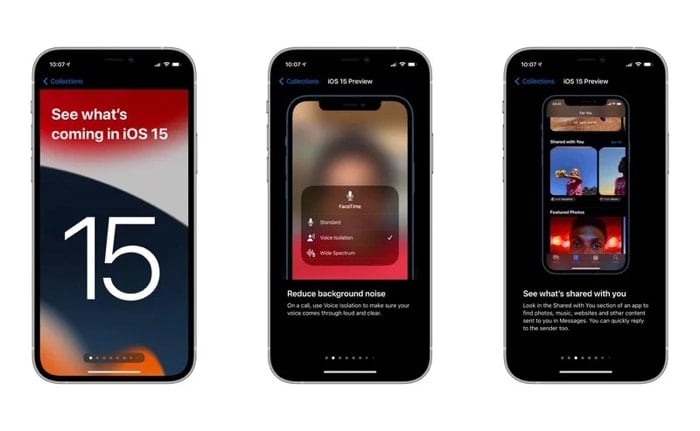 Apple has started to tease some iOS 15 features ahead of next weeks iPhone 13 press event. The event will take place next Tuesday the 14th of September.

Apple is sending out notifications from its Tips app on iOS letting users have a preview of what is coming to the iPhone with the new iOS software update. Apple is also going to be releasing iPadOS 15 at the same time as the new iOS update.

The event next week will see some new iPhones, the new Apple Watch Series 7 and possibly a new iPad, we may also find out about some new AirPods at the event.

The new iOS 15 software is coming with the new iPhone 13 smartphones this month, we should find out the exact release date of the software at Apple’s press event next week.

apple are also expected to hold a press event some time in October where they will launch their new range of Macs. We are expecting a new 14 inch and 16 inch MacBook Pro and also a new larger iMac which may come with a 32 inch display.

We will have full details about Apple’s new iPhones and also details on the release dates of iOS 15 and iPadOS 15 next week.