As well as releasing iOS 4.0.2 for the iPhone to fix the security holes in the iPhone OS, Apple has also released an update for the iPad, iOS 3.2.2, which fixes the same PDF exploits.

If you update to iOS 3.2.2 on the iPad you wont be able to use the JailbreakMe tool to jailbreak your iPad, you can see full details of the update below. 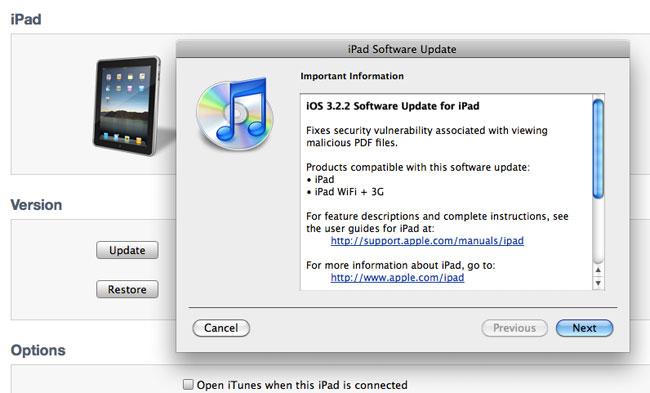 This document describes the security content of the iOS 3.2.2 Update for iPad, which can be downloaded and installed using iTunes.

As the previous update for the iPhone, Apple hasn’t disclosed very many details about what is new in iOS 3.2.2 as the majority of the update is related to security fixes.