It appears that Apple have quietly launched its streaming music via its Mobile Me iDisk App. Contrary to recent reports saying that the Cloud streaming service has been delayed.

iDisk, similar to Microsoft’s SkyDrive and Google Docs, was upgraded last month to allow stored music to be played via the MobileMe iDisk App. 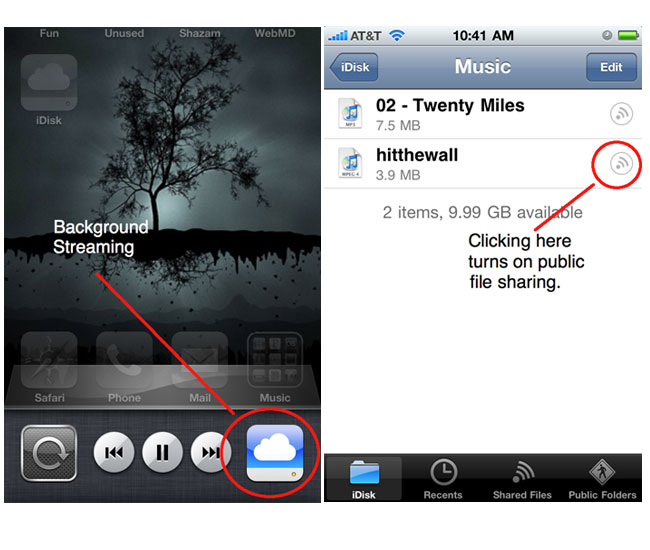 If you are a MobileMe user you can now upload your audio files in MP3 or AAC format to your iDisk account and then play them back using your Apple devices, including the capacity to stream to multiple devices at the same time.

However as the service has not been officially launched there are a few limitation including cover art not being supported, playlist support and a lack of automatic uploads as you add your new music to iTunes.

Via Cult of Mac Via Michael Robertson Via Computer World