Apple has been granted a number of new patents relating to multiple touch and a convertible MacBook and tablet like device, which you can see in the diagram below.

Apple has called the device listed in the patent a “convertible MacBook to iPad like device, and as you can see from the diagram below it features a physical keyboard and would function like a MacBook, but also the screen can be adjusted to make it work in a similar way to an iPad. 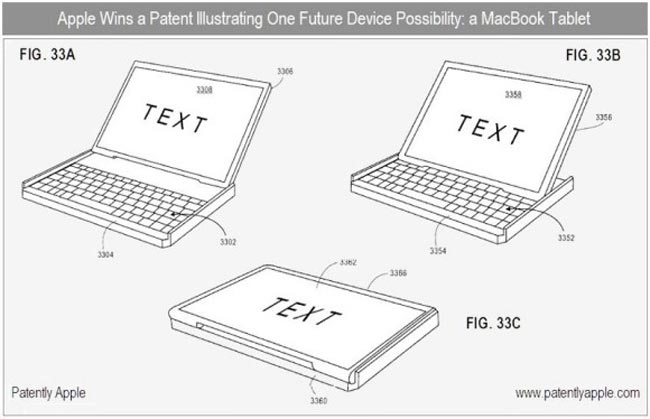 This certainly looks very interesting, and could end up being a really popular product for Apple, all the benefits of a MacBook and the iPad in one device.