The latest release in the form of Apple OS X 10.8.5 has now been found to correct the issues that were happening the speed and connectivity between Apple’s MacBook Air and Time Capsule. 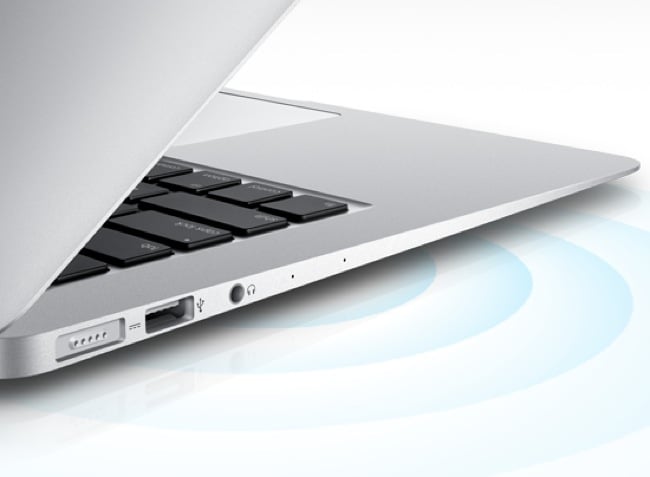 The Mac World website has carried out extensive testing of the new Apple OS X 10.8.5 update and connection speeds between the MacBook Air and Time Capsule compete with graphs and evidence to show the doubling speed. Michael Brown from Mac World explains:

“When I benchmarked the new router last June, I noticed that real-world file transfers were much slower than the WiFiPerf benchmark indicated they should. WiFiPerf was reporting TCP throughput of more than 450 megabits per second (mbps) at close range, but transferring large files and large groups of files (10GB in each scenario) happened at less than half that speed.

Once I updated the MacBook Air with the latest version of OS X (10.8.5, which includes a patch to AirPort Utility), and the Time Capsule with Apple’s newest firmware (version 7.7.1), real-world wireless file-transfer speeds more than doubled.” 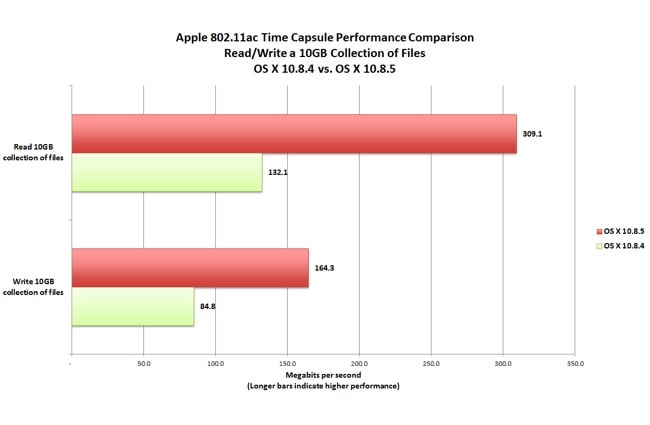